Built Upon a Rock Fest returns to Cathedral grounds

One of the signature successes of last year was Built Upon a Rock Fest, which in its first year drew more than 900 people from across the Duluth Diocese out to a free Catholic rock concert on the Holy Rosary Campus of Stella Maris Academy, across the street from the Cathedral of Our Lady of the Rosary.

By popular demand, it’s back. And this time it’s not on a school night. It’s set for the evening of Saturday, Sept. 15. 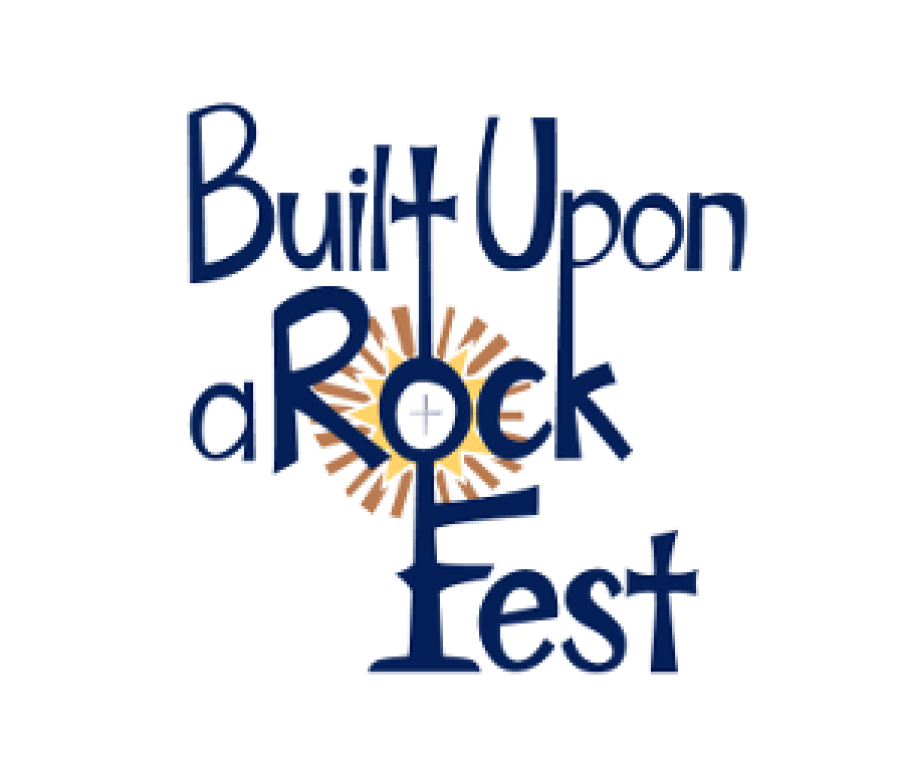 Marie Mullen, the festival chairperson and the woman who came up with the idea for the festival last year, said the change was based on feedback from last year that Saturday would be more convenient.

“It works better for people who are traveling from out of town,” she said. “And it’s nice to have the option of attending Mass before the concert as well.”

Another change this year is that to make the sacrament of reconciliation more readily available, there will be two private, outdoor confessionals on the grounds that will make it easier for people to go starting from when the concert begins, at 6:30 p.m., and running right through Benediction at 9 p.m.

The food — the free food — is also being streamlined this year.

“We had some long lines last year pretty much the whole event,” Mullen said. “I don’t think it will be a problem this year with the changes we made.”

Like last year, two artists will perform at Built Upon a Rock Fest, but the lineup is new. The headliner is Ike Ndolo, a Catholic recording artist from Arizona. Mullen says he is popular playing at Lifeteen and Stubenville events.

“I would describe his music as folk-rock, although his new record that he will be debuting at the concert seems to have a fresh electronic-type sound, which is different from his previous album but still very cool,” she said. “He’s a great performer, and it will be exciting to see the energy he brings to the stage, singing with passion about his faith and his love for God.”

The opening act is a familiar name in the region: Luke Spehar, a talented musician and faithful Catholic from St. Paul who has family ties in Duluth.

“I would describe his sound as modern folk with some hints of country,” Mullen said.

While Built Upon a Rock Fest is a lay-led event, it has received support from the Diocese of Duluth and, this year, from the neighboring Diocese of Superior. Thirty-three parishes have contributed, along with 21 sponsoring businesses or organizations, Mullen said, and the Knights of Columbus, the “platinum level sponsor,” contributed $10,000.

“A big part of the vision for this is that the concert remains completely free and open to the public,” Mullen said. “And offering free food and drink is meant to reflect the goodness and generosity of God and his church. People are invited to come enjoy this gift truly, with no strings attached. Our sponsors and donors have given this gift to them out of love, seeking nothing in return. I think that’s so beautiful.”

Mullen said she also feels it comes at an important time.

“Especially in this time of confusion and uncertainty in the church, it is important for us to unite in faith with renewed vigor,” she said. “God’s glory will be known through the rise of the faithful in the church. Knowing there is such diversity and wide-ranging support for this event proves that there is so much good in the church and a longing for unity. I pray that anyone who is discouraged or feeling scandalized right now will come out to the concert on the 15th. I know they will be uplifted.”

The festival is free, and no tickets or reservations are required. Events begin with Mass at the Cathedral at 5 p.m. Gates for the concert will open at 6 p.m., and the opening act, Luke Spehar, begins his show at 6:15 p.m. Ike Ndolo will begin at 7:30 p.m., and the event concludes with Benediction in the Cathedral at 9:30 p.m. For more information, see www. builtuponarockfest.com.