Deacon Michael Knuth is well known across the diocese for his ministry in the Brainerd deanery, his work as a spiritual director, his many years of past service in vocations and more.

What you may not know about is his literary side. 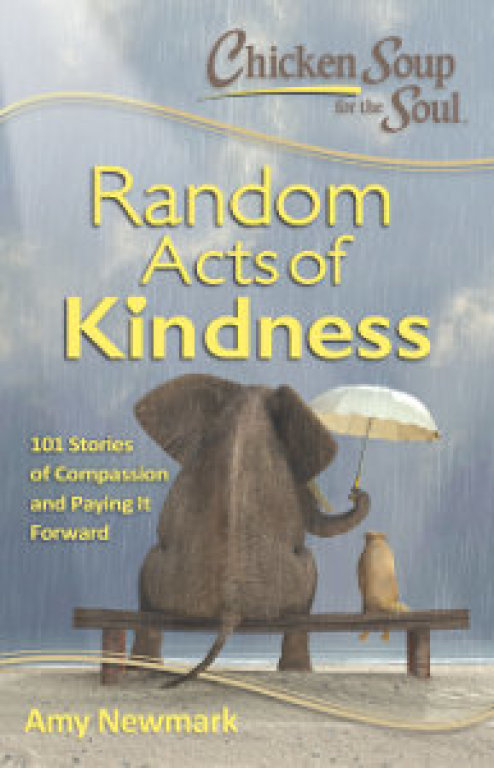 But readers of the venerable “Chicken Soup for the Soul” book series now know his name — one of his stories is among the 101 accepted into its new volume “Random Acts of Kindness,” which was released Feb. 7.

Deacon Knuth, who serves St. Francis in Brainerd, All Saints in Baxter, St. Edward in Longville, St. Paul in Remer, and St. Thomas of the Pines in Pine Beach, said he’s actually been writing since back in the 1980s, inspired by Catholic novelist and philologist J.R.R. Tolkein’s great novels “The Hobbit” and “The Lord of the Rings.”

“So that’s kind of what got me going,” he said.

But in the fall of 2015, a friend of the family who is a published writer asked him to share his work. They had been praying, and his name came to mind. With her guidance, Deacon Knuth began to see it less as a hobby and more as a charism — something God had given him to use for the good of others.

So he began honing his craft, reading books about the craft of writing and attending workshops and also working with his mentor.

“What took it out of the hobby state is I really started submitting my writing to my mentor for her input,” he said.

He said he is used to writing in a theological perspective, but now he is learning to step out of that to a certain degree and take a truth of God and weave a story about it. He says now, instead of writing for his own pleasure, he is having a message and seeking to glorify God.

He recently took second place in the fiction category of a Brainerd Writer’s Alliance contest and began submitting his work, including two to Chicken Soup for the Soul. But getting a coveted acceptance from such a major national publisher was still a stunner.

“It took me two days to get over the shock,” he said. “… I still am kind of shocked that it made it in.”

Deacon Knuth said there were about 5,000 entries, and only 101 stories chosen.

Although Deacon Knuth’s primary interest in writing is fiction, the Chicken Soup for the Soul stories have to be true. So he took his fiction writing techniques and applied them to a story from his own life. Back in the 1980s or 1990s, he was working at a gas station during a snowstorm, and a man getting off the bus came in and asked where to find the Catholic church.

He ends up helping the man in an uncomfortable way, only to find out that years later, his kindnesses were remembered and played an important role in the man’s life.

“I think it’s the kind of story, one, it really exposes who I am …,” he said, “but it also exposes that truth that if we really trust God, God will provide.”

Deacon Knuth said writing runs in his family — both his grandmother and his mother were writers. “Somehow it kind of seemed to be in my blood.” And it’s a lot of work, he said.

But it’s something he plans to pursue. He is looking for avenues for his fiction and has four high fantasy novels in editing shape. He’s also looking at doing historical fiction.

The goal is to affect people inwardly and reflect a moment of grace.

While he wants to pursue the writing life, Deacon Knuth says he doesn’t want it to consume the rest of his life. So he tries to get in an hour or writing each day except Sunday.

It’s even connecting with his ministry: “It’s helped me to help clarify thought in a very simple way, which will affect my homilies and my teaching. But also my homilies and teaching will have an influence on what I write.”

He says he tries not to draw attention to himself with it, and in fact he said his wife, Lori, is his biggest promoter and critic.

“Chicken Soup for the Soul: Random Acts of Kindness” retails for $14.95. The series has been around for 23 years with more than 250 titles and has sold more than 100 million books in the United States and Canada.