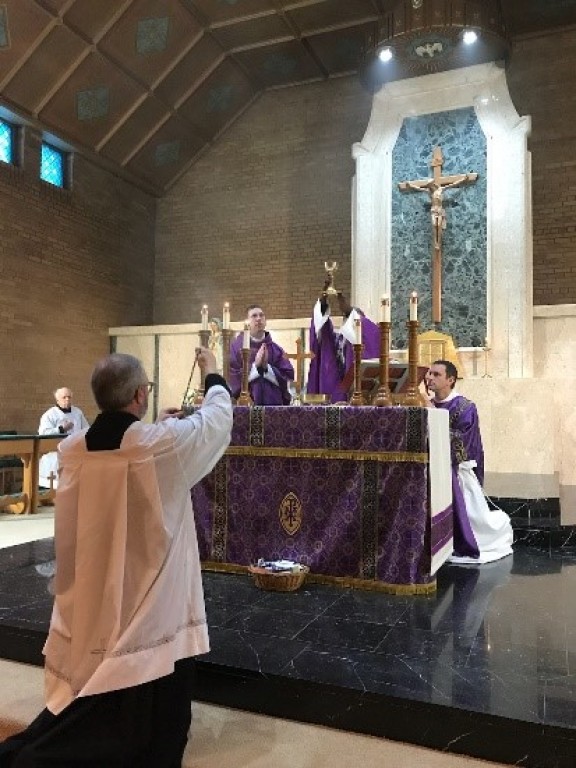 On the Feast of the Immaculate Conception, parishioners gathered at the church of the Immaculate Conception for the final Mass. The church has a long history dating back to 1906 in North Hibbing, moving to Hibbing in 1920, and the current church being completed in 1952. The dedication of all who built the church and handed down the faith through it will long be appreciated and remembered. 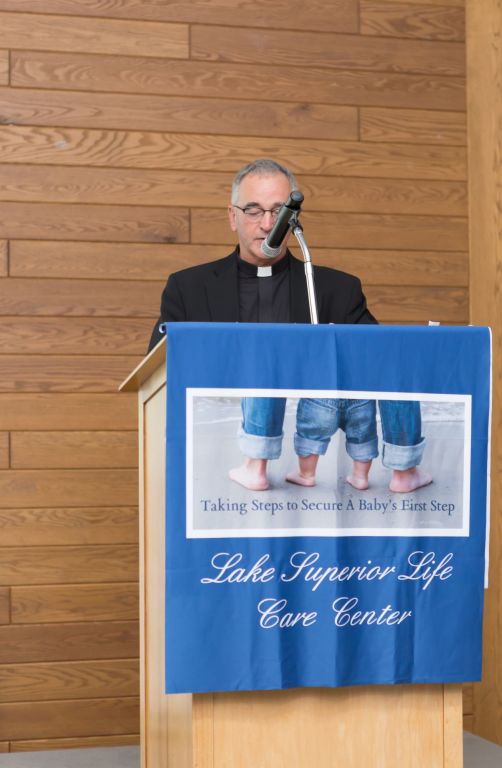 Father Thomas Foster was named the 2019 Guardian of Life by the Lake Superior Life Care Center. Father Foster has been part of the life care center for more than 20 years and serves as a member of its board. 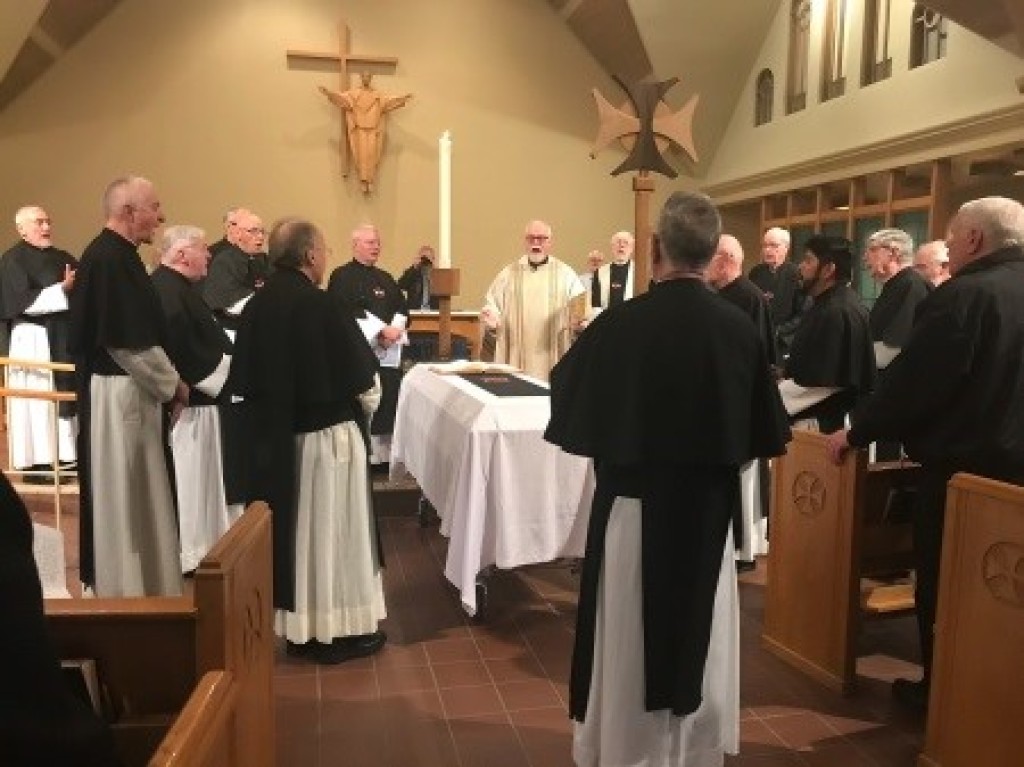 A funeral Mass was celebrated at the Holy Cross Catholic Church in Onamia for Father Clem Gustin on Nov. 9. Ordained in 1955, Father Clem served the Diocese of Duluth in McGregor, Aitkin, Chisholm, Buhl, and Hibbing as part of his priestly ministry. 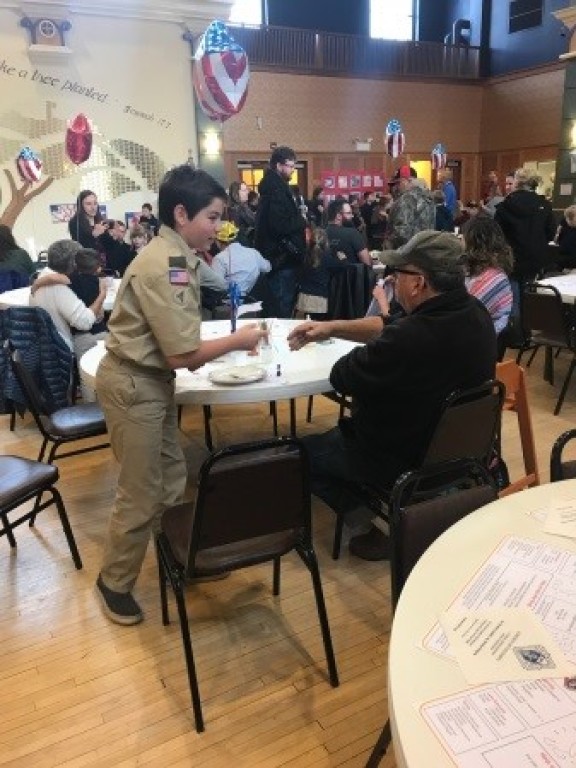 Assumption Catholic School of Blessed Sacrament Parish and the Knights of Columbus Council No. 1649 hosted a Veteran’s Day breakfast to recognize and thank our nations Veterans. The children decorated St. Leo’s Hall with artwork and words of gratitude and presented them with a program to show appreciation on behalf of the school, parish and community. In closing the children circulated among the guests of honor to personally express their thanks. 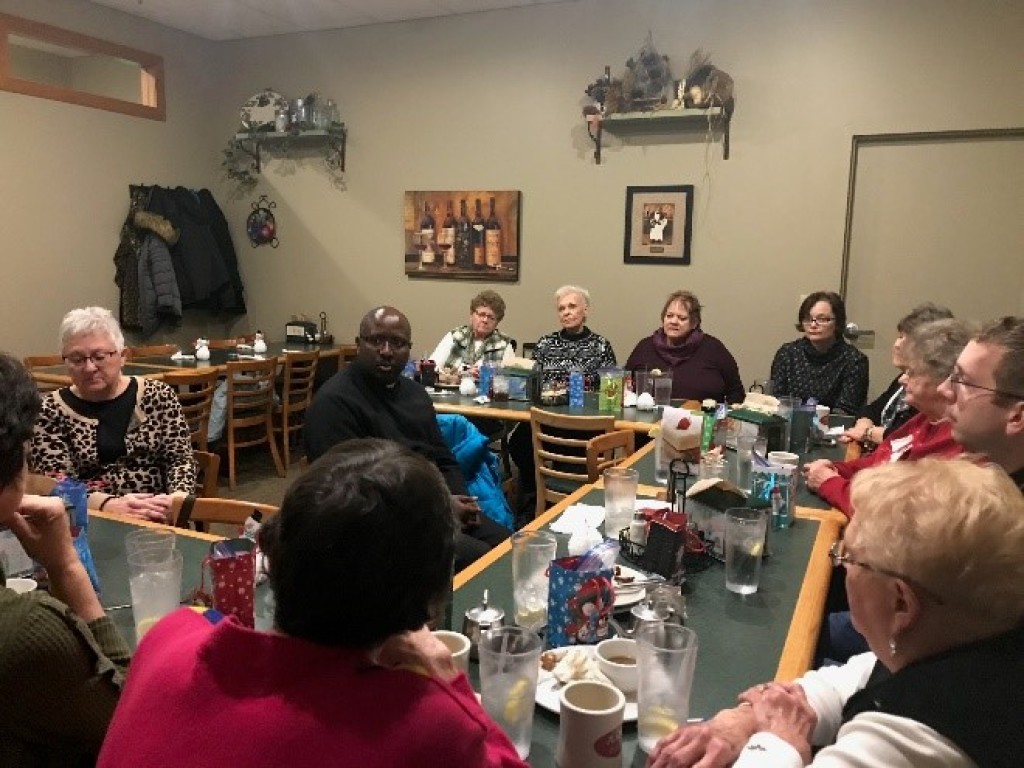 The Council of Catholic Women of Blessed Sacrament Parish held its annual Christmas party. It was an opportunity to rest from their labors and to reflect on the many ways they have supported the parish, the pastor and the community throughout the year, and a time to prepare for the coming of Christ. Fathers Gabriel Waweru and Jeremy Bock were the guests of honor. 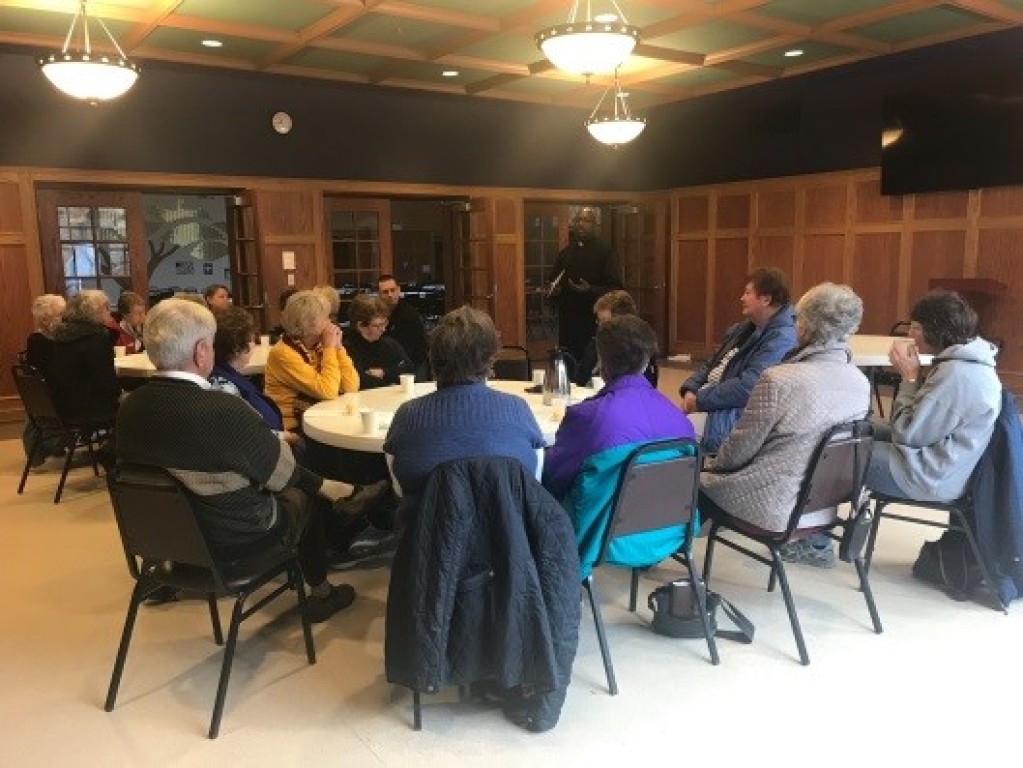 Father Gabriel Waweru of Blessed Sacrament Parish held a formation meeting for members of the parish who participate currently or who may be interested in the parish homebound and hospital ministry. 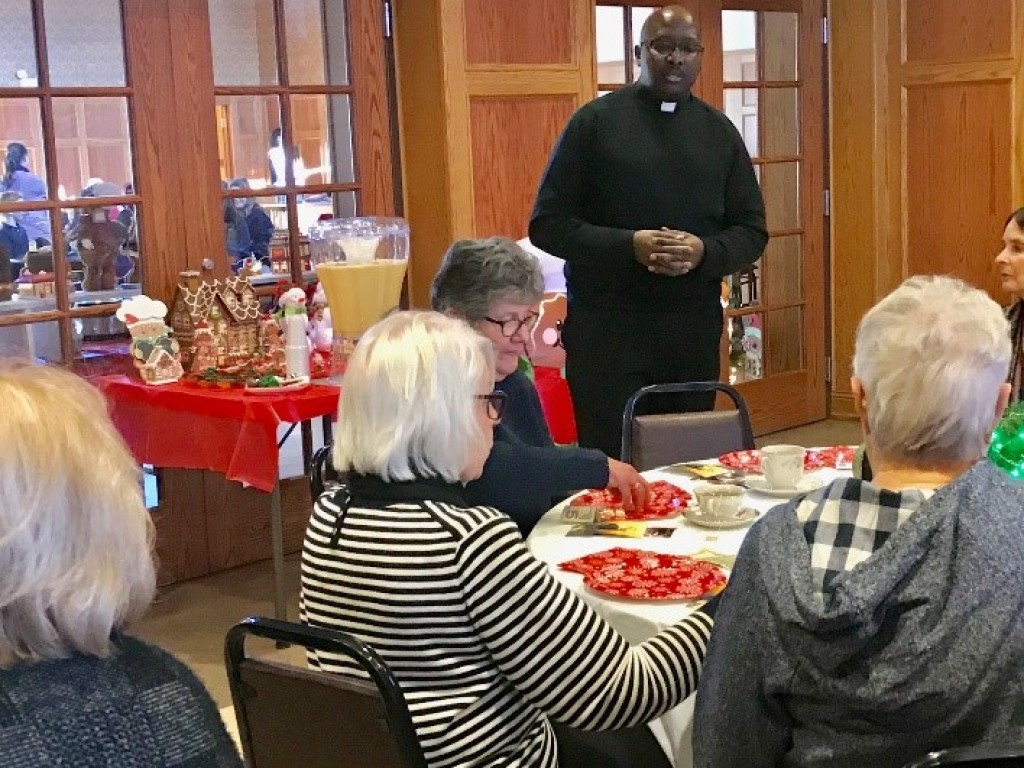 Blessed Sacrament Parishes Widows of Prayer held its Annual Christmas Tea for all women in the parish. Widows of Prayer are dedicated to serve Christ through his church by praying for priests and those in church leadership, being devoted to the Blessed Sacrament, and the promotion of Eucharistic Adoration. Father Gabriel Waweru led the blessing over the food.

Catholic United Financial, the oldest fraternal benefit society domiciled in Minnesota and one of the longest continually operating businesses in the state, has announced that for the first time in the company’s 141-year history, its total assets have exceeded $1 billion. “We have members today whose families were among our founders in 1878, and members whodiscovered us a month ago at a volunteer event,” said Harold Borrmann, president of Catholic United Financial. “Our commitment to the financial security of those families, and to their communities, is the same — that we will be here in another 140 years to meet our obligations to them.” Catholic United Financial has more than 2,200 members who currently reside in the Diocese of Duluth. Catholic United members have supported their diocese with more than $1.6 million in grants and donations supporting Catholic education since 1980. Benedictine communities recognized in U.S. News and World Report Benedictine Health System, a leading faith-based provider of senior care and living services in the Midwest, announced 14 communities received the top high-performing recognition in overall quality in the nursing home category or in the category of overall quality of short-stay rehabilitation, as noted in the recently released 2019-20 U.S. News and World Report “Best Nursing Homes” report. Among facilities that received awards was Benedictine Living Community of Duluth.

St. Lawrence Church in Duluth held its second annual All Saints Day Party on Halloween. Everyone was encouraged to dress as their favorite Saint. 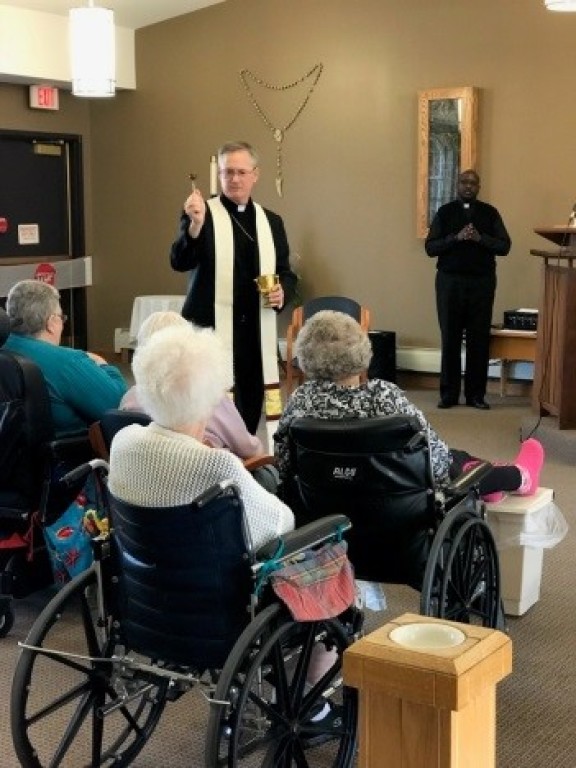 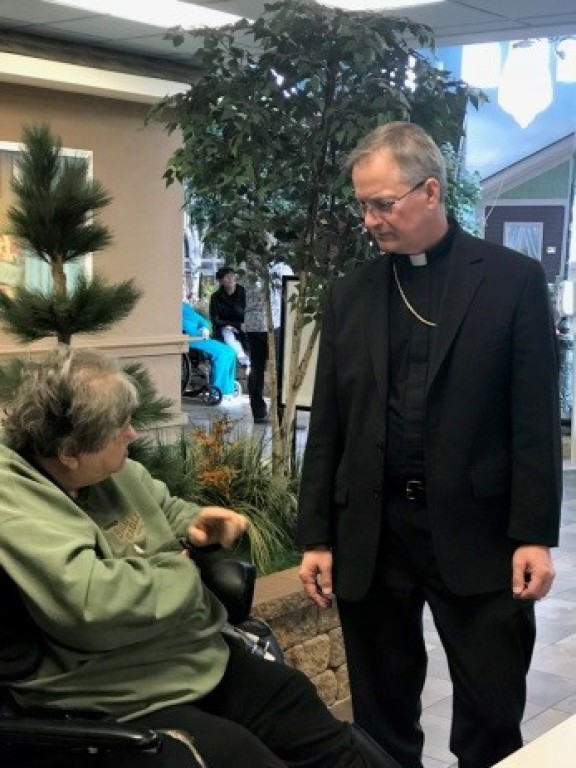 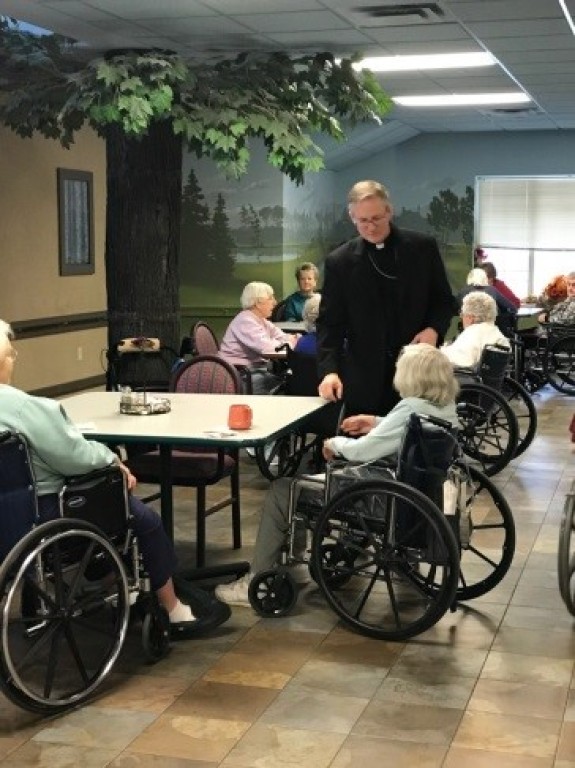 Bishop Sirba visited Blessed Sacrament Parish, Assumption Catholic School, and Guardian Angels Health and Rehabilitation Center. After celebrating Mass, a breakfast was held in his honor. He then went to the school and visited with the children. Afterward, he went to Guardian Angels to bless the facility and pray the rosary with the residents. He then had the opportunity to visit the residents individually at a reception hosted by the nursing home. 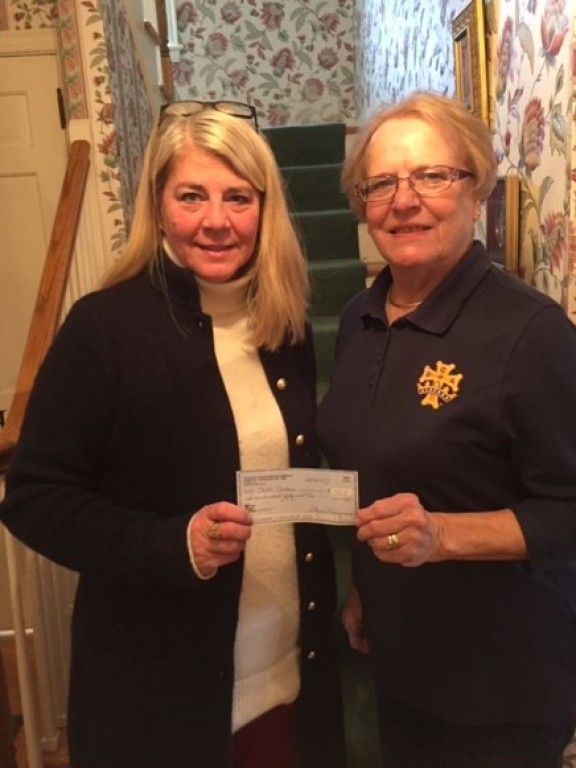 Tasia Hoag, director of Care Partners, accepts a donation from Linnea Ryan, Regent of the Catholic Daughters of the Americas, Court St. Margaret No. 1888, Eveleth. Care Partners is a local non-profit agency that provides services and financial assistance to families living with cancer and life-limiting illness. The donation was part of the profits of Court St. Margaret’s Festival of Tables held recently. 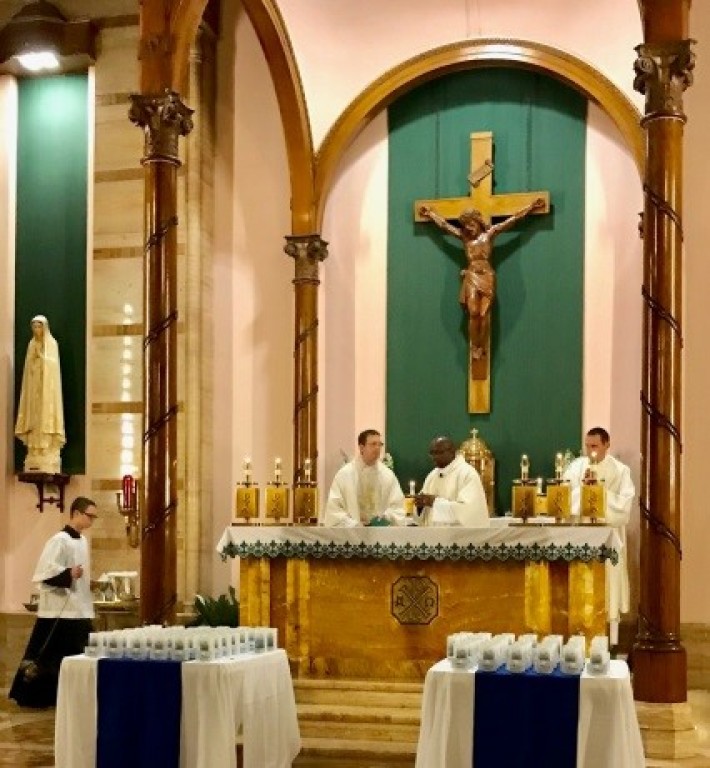 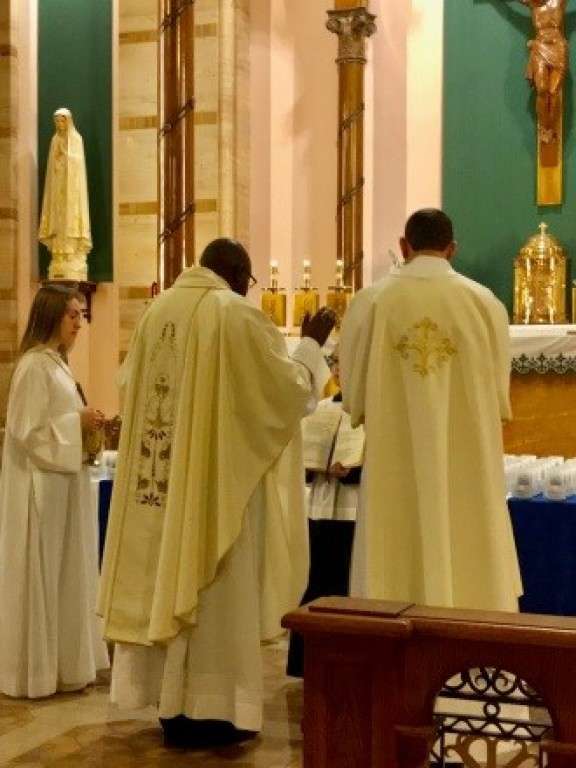 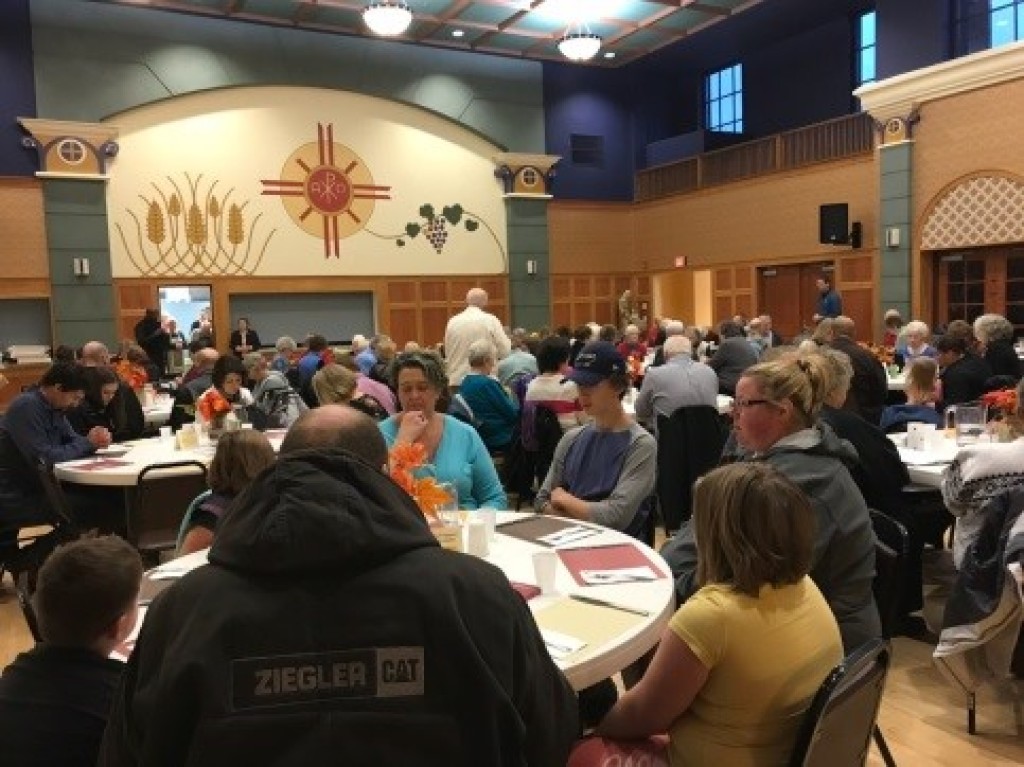 The annual memorial Mass was held on All Souls Day to remember all parishioners of Blessed Sacrament Parish who had died the previous year. As their names were recited after the homily a candle was lit for each person. A dinner was held after the Mass for all who attended.